In March of 2013, Mesh Architects submitted a planning application to Meath County Council to convert the historic stables and farmyards at Slane Castle into Ireland’s newest Craft Whiskey Distillery.  The result of nearly a year of development, including study trips to several Irish and Scottish distilleries,  the proposals include the restoration of the mid-18th century structures with a minimal amount of new extensions.  Mesh have worked closely with Henry Mount Charles and his eldest son Alex, to make sure that the new distillery will complement the historic estate, and make sensitive use of the now redundant stables and farmyards. 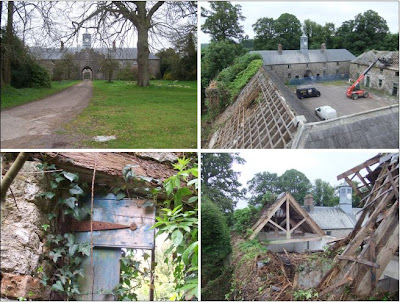 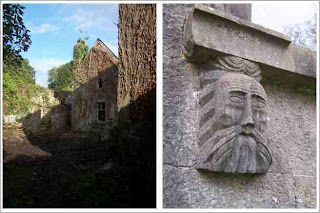 Slane Castle, the seat of the Mount Charles family since 1701,  is well known to a generation of music lovers as the venue for outdoor concerts in the grounds beside the River Boyne.  It is planned to continue the concerts after the establishment of the new distillery.

Henry and Alex launched Slane Castle Irish Whiskey at the 2009 Oasis concert.   Initially supplied by the award winning Cooley Distillery, this blended Irish whiskey enjoyed great success in the Irish and American markets.  Unfortunately, when Cooley was acquired by Jim Beam in 2011, the Mount Charles’ found themselves without a supplier for their product.  The decision was taken to build their own distillery within the historic estate, using the under-utilized and deteriorating stables and farmyards.


The distillery will take advantage the plentiful supply of home grown barley,  to be processed in an on-site malting plant.   Visitor’s facilities will include guided tours through the entire whiskey production facility, tasting rooms, gift shop and cafe.   Guided tours of the castle can also be arranged. 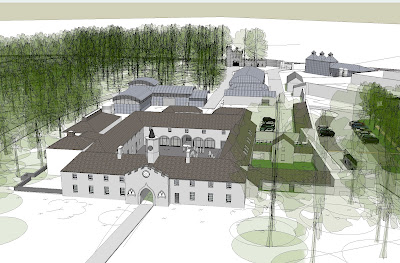 What is the attraction of owning or  living in an old house? 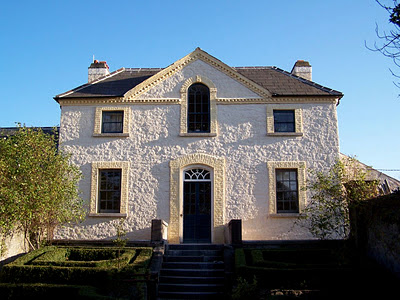 Houses mean very different things to different people.  To some a house is just shelter, a place to eat and sleep.  To others, a house is an investment, a place to live while it increases in value.   To yet others, it is a symbol of their social status, proof of their success.    So what do old houses mean to their owners?   To some extent that depends of the type of house.   An old farmhouse can convey images of simpler times, of wholesome living, and of a close connection to nature.  Old townhouses are more likely to play the status game, with hints of faded grandeur or past glories.   Country mansions speak of old money and prestige, while old Victorian terraced houses belie a history of regularity and coziness.

But what motivates someone to want to own one of these properties?   As Architects with Grade 1 Conservation Accreditation we commonly find ourselves engaged to work on the repair and extension of old houses.  During the initial discussions with prospective clients it is very important to understand just how far they are prepared to go to maintain the identity and authenticity of the property that they have just purchased.   We often ask them if they are “Old House People”?
We're hoping to find out if they are tuned in to all of the things that an old building has to offer, and if they are willing to accept the obsolescence of some aspects of the property, and to engage in the regular maintenance that is a common requirement of their ownership. 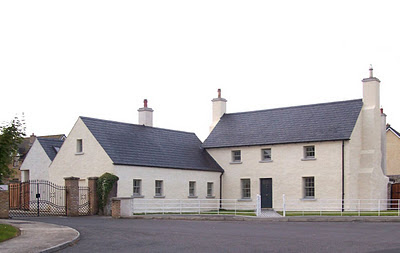 Have they noticed the quality of the light coming in through old wavy glass, casting shadows across rich mouldings.  Have they picked up on the layers of subtle and not so subtle changes that previous owners have added as they lived out their lives?    Have they stopped to appreciate the mature trees and heirloom flowers that might be growing in the garden, and just how long it has taken for those plants to become established and to look like they’ve always been there.    And have they noticed how the brick and stone have weathered and softened in their appearance, taking on that character-giving rich patina of age?   Do they have that Old House Feeling?

When a prospective client asks us to survey the property they are considering purchasing, we try to call attention to the many features that might be hidden behind later alterations,  suffering from neglect,  obscured by overgrown vegetation.    We can usually see past the current appearance, and appreciate what the property offers.     And we then do our best to make sure that the new owner doesn’t overlook these things, in a rush to modernise the property and put their own stamp on it.

Some building elements are particularly important to the appearance and feel of a period property.     The design and detail of timber doors and windows are probably the most obvious, and they should be carefully repaired and maintained.

The substitution of natural slate roofing and cast iron rainwater goods with cheaper materials almost always damages the appearance of the property, and the new substitutes will never give the long life of the original materials.

Old brick and stone masonry develops a lovely rich patina as it ages and weathers.  Great care should be taken when renewing pointing or replacing damaged stones or bricks.   Aggressive cleaning should be avoided, and natural lime mortars and renders should be used instead of portland cement products. 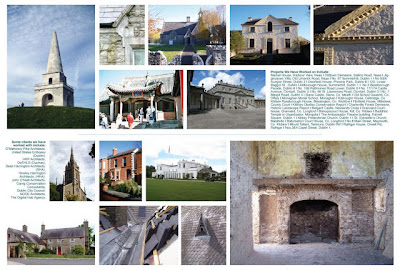 Let us know if any link is dead!

Mesh Architects Unknown at 10:47 am No comments: